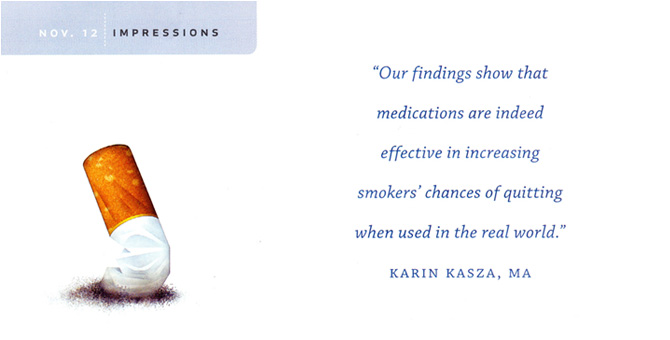 New research published in the British journal Addiction shows that smokers who are trying to quit are more likely to be successful if they use FDA-approved stop-smoking medications.

Researchers at Roswell Park Cancer Institute conducted why study by tracking smoking behaviors of more than 2,500 adult smokers in the UK, Canada, Australia and the USA whole reported making an attempt to quit from 2006-2009.

Authors asked participants of the study how long ago they had attempted to quit and whether any type of cessation medication was used during the attempt. The next follow-upinterview measured six-month continuous abstinence among those who had reported making a very recent attempt to quit.

The results showed that participants who had used Chantix, Zyban (Wellbutrin), or the nicotine patch had a much higher success rate at six months compared with those who tried to quit without using medication.