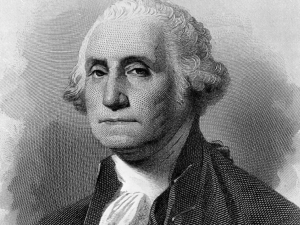 [George Washington Never Wore Wooden Dentures]
Tooth decay and tooth loss plagued George Washington throughout his adult life. His first tooth was pulled at 24 and he had only one left at inauguration. His troublesome teeth made the president self-conscious and reluctant to speak in public. While it’s true Washington wore dentures, they were never wooden. He had many pairs made with many different materials, including: hippopotamus ivory, bone, gold wire, copper screws, lead and even human teeth. His wife, Martha, regularly urged her children and grandchildren to take care of their teeth as she was well aware of her husband’s travails. 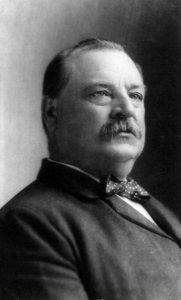 [Grover Cleveland Had Top-Secret Oral Cancer Surgery—On a Yacht]
Near the beginning of Grover Cleveland’s second term in 1893, a bump in his mouth had formed, grown, and was diagnosed as cancer. On June 30, he boarded a yacht in New York Harbor with six doctors. In a 90-minute surgery the next day, surgeons removed the cancerous tumor, five teeth and part of his upper left jaw. Cleveland sat in a chair attached to the mast of the ship. His only anesthesia was laughing gas and ether. Four days later, Cleveland got off the yacht in Cape Cod and finished recovering at his summer home. 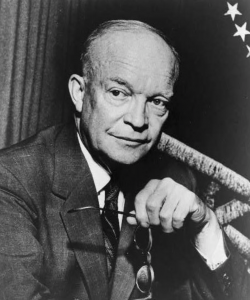 [Dwight D. Eisenhower: Dental Emergency or UFO Coverup?]
On February 20, 1954, Dwight D. Eisenhower was eating a chicken wing in Palm Springs, California, when the cap on one of his front teeth popped off. He spent his Saturday night at an emergency dental appointment, and the unexpected trip led to many false reports, one of which birthed a UFO conspiracy theory. Some believe the dental visit was a cover up for a secret meeting with aliens at Edwards Air Force Base. Although, his dental records are thorough and documents many troubles with that particular crown, still, the theory lives on with believers because the dentist who treated Eisenhower passed away without leaving record of the visit.

[The President Doesn’t Go Far to Visit to the Dentist]
In fact, the dentist comes to him. The White House has had a dental office since the Hoover administration. President Barack Obama told Jimmy Kimmel he first learned about it when he thought he had a loose cap. “Got the whole chair, everything is all there set up in the basement,” he said.